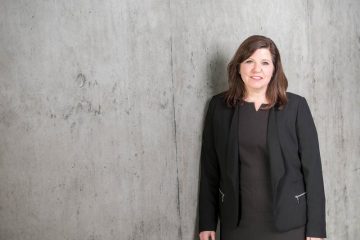 Dr. Sheryl Lightfoot is no stranger to firsts.

The UBC professor was not only the first person in her family to attend university but she was also the first to go on to earn her master’s degree and PhD before eventually becoming a faculty member.

Today, Dr. Lightfoot continued the tradition when she was named the North American member on the United Nations Expert Mechanism on the Rights of Indigenous Peoples. The announcement marks the first time an Indigenous woman from Canada has been appointed to the prestigious position.

“I am incredibly grateful and humbled by this opportunity to help advance the rights of Indigenous Peoples around the world through this work for the UN Expert Mechanism,” says Lightfoot. “I’m also honoured to be following in the footsteps of my predecessors, Grand Chief Wilton Littlechild and Dr. Kristen Carpenter.”

The Expert Mechanism, which is composed of seven independent experts appointed by the Human Rights Council, is charged with providing expertise to the Human Rights Council and advising states in achieving the aims of the United Nations Declaration on the Rights of the Indigenous Peoples. The UN declaration affirms Indigenous peoples’ rights to self-determination, equality, and non-discrimination, and calls on states to address Indigenous peoples’ rights in realms ranging from natural resource development and land tenure to freedom of expression and personal safety from violence.

As one of the world’s leading experts in global Indigenous rights and politics, Dr. Lightfoot specializes in complex questions about Indigenous peoples’ rights and how those rights are being claimed and negotiated in various political spaces. In addition to her role as Canada Research Chair and an associate professor in Political Science, Indigenous Studies and the School of Public Policy and Global Affairs, Dr. Lightfoot was also appointed to the role of Senior Advisor to the President on Indigenous Affairs at UBC, in 2018. She co-led the development of the university’s Indigenous Strategic Plan, which launched last year.

A dual Canadian and American citizen, Dr. Lightfoot is Anishinaabe from the Lake Superior Band of Ojibwe, enrolled at the Keweenaw Bay Community in northern Michigan. As a three-generation survivor of residential schools, Dr. Lightfoot says service to her family and her community lies at the heart of her work.

“It’s been a hard road, but the way I was brought up is that the way to bring yourself up out of poverty and marginalization is through education, and once you have that education, then you have a responsibility to give back and help the community,” she says. “Everything I do is with my family’s residential school legacy in mind—to try to answer the question of what can we create for our collective present and our future that is better than our past.”

In her role on the UN Expert Mechanism, Dr. Lightfoot says her first step will be to consult with Indigenous leaders across Canada and the United States to ensure her priorities also resonate with theirs. One of her main concerns, she says, is the preservation and revitalization of Indigenous languages, especially in the face of the COVID-19 pandemic.

“Not only was there a tragic physical loss of elders and knowledge-keepers during the pandemic, which in many cases is the strength of language left in Nations, but then in addition to that, there was the loss of regular and ongoing contact between elders and younger people within Nations,” she says. “In some cases, the pandemic has pushed several additional languages to the brink of extinction just in the last year.”

Ultimately, Dr. Lightfoot says her goal will be to support the implementation of Indigenous human rights in practice, in concrete and consistent ways.

“I’d like to see Indigenous human rights become as common sense and taken for granted as other human rights are, so that it would be unthinkable to violate them,” she says