This section of the Indigenous Portal endeavours to reflect initiatives undertaken by UBC Vancouver as it delivers on its commitment to meaningfully engage with Indigenous peoples.

UBC’s overall commitment to meaningful relationships with Indigenous communities and organizations begins with our acknowledgement of the traditional territories of the Musqueam and Syilx Okanagan Nation peoples, respectively, upon which UBC’s Vancouver and Okanagan campuses are located.

As our colleagues from Musqueam frequently remind us, the land upon which the Vancouver campus sits is unceded, that is, it was never surrendered to Canada or British Columbia through a treaty or other means (a circumstance more common in British Columbia than in the rest of Canada). And it is worth remembering that Musqueam traditional sites exist throughout the area now occupied by UBC buildings, and that the university’s arrival here marked the final alienation of these lands from Musqueam use and control.

In recent years, UBC has taken steps to acknowledge Musqueam’s long ties to the land it controls. For instance, the Vancouver campus now has three student residences with Musqueam names, each one acknowledging an important site within its traditional territory. Other markers acknowledging Musqueam presence include the sʔi:ɬqəy̓ qeqən (double-headed serpent post), also known as the Musqueam Post, which welcomes all visitors to the university, and the House Post of qiyǝplenǝxʷ (Capilano). These are just three among others. Further, it is now routine to acknowledge Musqueam territory at UBC events, and to have members of the Musqueam community join us on special occasions, in addition to representation on relevant committees.

These and other initiatives reflect our important relationship with the Musqueam, to where we are now shaping a shared history through present-day actions, one that we are proudly building, acknowledging and sharing with the world.

Where Musqueam and other First Nation students were once excluded, through various means, from higher education, an increasing number of them are here now, including a diversity of Indigenous faculty, researchers, and other staff. For example, at UBC Vancouver, Aboriginal student enrolment increased 50% across all levels from 2009 to 2018, along with additional services and supports. And the number of tenured and tenured-tracked Indigenous faculty has more than doubled over the same period, increasing from 10 to 27. The number of Indigenous units established has increased, as well.

To a great extent, these developments and more can be attributed to the university’s 2009 Aboriginal Strategic Plan, which will be followed by the Indigenous Strategic Plan in 2020. And the commitments and initiatives associated with those two plans stem from the university’s broader commitment to Indigenous engagement, first articulated in its Place and Promise plan and again in its Shaping UBC’s Next Century plan. Hence, it is the fulfilment of this commitment in all of its various forms that this section intends to capture and reflect.

Please return from time to time for an update.

A Message to UBC Vancouver on behalf of the President and Vancouver Provost January 17, 2023 – To quote the UBC Indigenous Strategic Plan, “Truth before Reconciliation,” all of our actions need to be based on a fundamental commitment to truth, to openness and transparency, and to humility. We know that this has been a […] 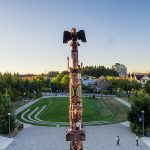 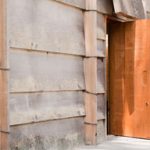 Gardens Canada has selected the Indigenous Health Research and Education Garden — xʷc̓ic̓əsəm Garden — at the UBC Farm to Canada’s Garden Hall of Fame, as part of the 2000-2022 class. The Indigenous Garden, led Dr. Eduardo Jovel, who is currently the interim director of the First Nations House of Learning until June 30, 2022, […] 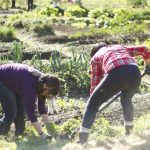