Is this page missing someone? If so, please tell us. 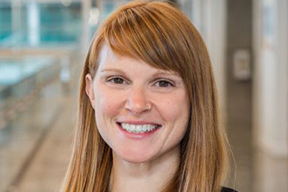 Dr Low, a status member of Wikwemikoong Unceded Territory, seeks to advance a better understanding of Indigenous sovereignty as it is expressed outside the Canadian courts, with a focus on the implications of these expressions for the well-being of Indigenous communities. She also seeks to showcase the strength and strategies of Indigenous Nations and communities as they assert authority over their territories and work towards a renewed relationship with non-Indigenous Canadians. Her doctoral research examined practices of Indigenous sovereignty expressed through strategic planning, more especially, the negotiation and implementation of reconciliation agreements between the Heiltsuk Nation and the Province of British Columbia and the Government of Canada. 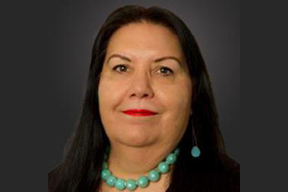 Dr Moss is an enrolled member of the Mandan, Hidatsa, and Arikara Nation (Three Affiliated Tribes of North Dakota), and has equal lineage as Canadian Sioux/ Saskatchewan. She is the director of the First Nations House of Learning and an Associate Professor in the School of Nursing. Dr. Moss is the first and only American Indian to hold both nursing and juris doctorates, and published the first nursing textbook on American Indian health (Springer 2015). 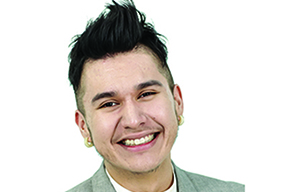 Billy-Ray Belcourt is from the Driftpile Cree Nation. A 2016 Rhodes Scholar, he holds a M.St. in Women’s Studies from Oxford University. A 2018 P.E. Trudeau Foundation Scholar, he is wrapping up a Ph.D. in English from the University of Alberta. He is the author of This Wound is a World (Frontenac House 2017), winner of the 2018 Canadian Griffin Poetry Prize, NDN Coping Mechanisms: Notes from the Field (House of Anansi Press 2019), and the forthcoming A History of My Brief Body (Hamish Hamilton 2020). 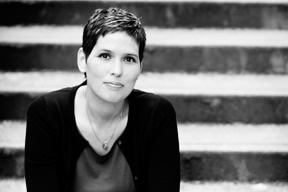 Dr Callison received her Ph.D. from MIT’s Program in Science, Technology, and Society, and a M.Sc. from MIT’s Comparative Media Studies Program. Her research interests include media change, public engagement on complex science and environment issues, and how new media is shaping the efforts and practices of science journalists, scientists, and social movements. Candis is a member of the Tahltan Nation of northwestern B.C. 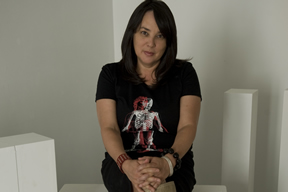 Ms Claxton is of Hunkpapa Lakota ancestry and her family reserve is Lakota First Nations -Wood Mountain in southwest Saskatchewan. She works in film, video, photography, single and multi channel installation and performance art. Her practice investigates beauty, the body, the socio-political and the spiritual.

Dr Coulthard has written and published numerous articles and chapters in the areas of Indigenous thought and politics, contemporary political theory, and radical social and political thought. His book Red Skin, White Masks: Rejecting the Colonial Politics of Recognition (University of Minnesota Press) was released in August 2014. He is a member of the Yellowknives Dene First Nation. 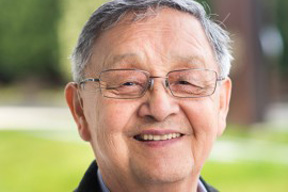 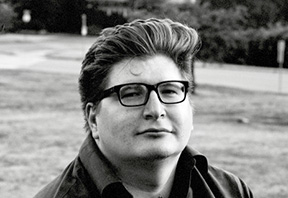 Dallas Hunt is Cree and a member of Wapsewsipi (Swan River First Nation) in Treaty 8 territory in Northern Alberta. He has had creative and critical work published in the Malahat Review, Arc Poetry, Canadian Literature, Settler Colonial Studies, and the American Indian Culture and Research Journal. His first children’s book, Awâsis and the World-Famous Bannock, was published through Highwater Press in 2018, and was nominated for the Elizabeth Mrazik-Cleaver Canadian Picture Book Award. He is an Assistant Professor of Indigenous Literature. 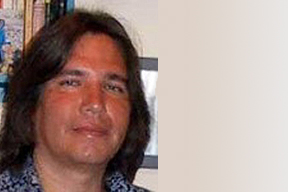 A member of the Nhla7kapmx First Nation, Lytton Band, Dr. Johnson is a Senior Instructor in the Department of Classical, near Eastern and Religious Studies. 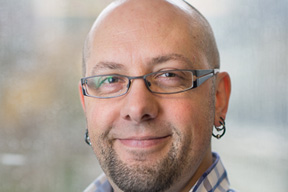 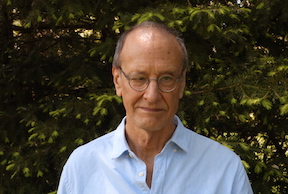 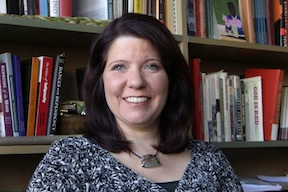 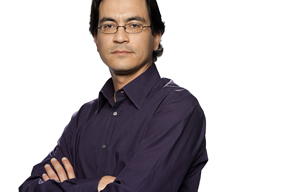 Duncan McCue is a national reporter for CBC-TV News in Vancouver. His current affairs documentaries are featured on the CBC’s flagship news show, The National, and the 6 o’clock news Canada Now. Duncan has also taught documentary journalism to Indigenous students at First Nations University and Capilano College. Duncan is Anishinaabe (Ojibwa), and a member of the Chippewas of Georgina Island First Nations in southern Ontario. 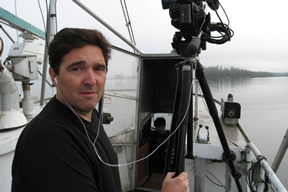 Dr. Menzies, a member of Gitxaała Nation and an enrolled member of the Tlingit and Haida Tribes of Alaska, was born and raised in Prince Rupert, BC. His primary research interests are the production of anthropological films, natural resource management, political economy, contemporary First Nations’ issues, maritime anthropology, and indigenous archaeology. He is also the Director of Cultural and Heritage Research for Gitxaała Nation.

Dory Nason is Anishinaabe and an enrolled member of the Leech Lake Band of the Minnesota Chippewa Tribe. She holds a joint position with First Nations Studies and the Department of English. Her research focuses on contemporary Indigenous Feminisms and related Native women’s intellectual history and contemporary Native literature. 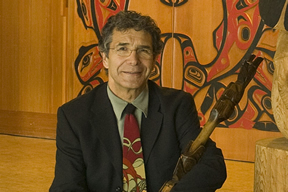 Richard Vedan, Secwepemc, joined the UBC School of Social Work in 1995 and is former director of the First Nation House of Learning and Senior Advisor to the President on Aboriginal Affairs (2001-2008). His research has addressed identity issues, authenticity, multi-generational traumatic stress disorder, violent behaviour in First Nations communities and the benefits of traditional healing practices. He retired on January 1st, 2014. 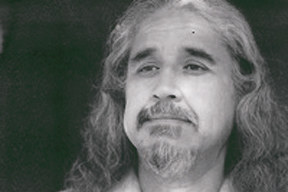 Jennifer Anaquod, from Muscowpetung First Nation in Saskatchewan, has been a guest on Coast Salish territory for many years now. Currently a PhD student in Curriculum Studies at UBC, her academic research relates to how personal narrative plays a role in the academic success of Indigenous students. She teaches courses at NITEP field centres. 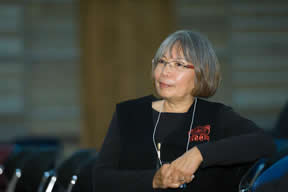 Dr Archibald (Sto:lo), formerly the director of the First Nations House of Learning and the Indigenous Teacher Education Program (NITEP), and former Associate Dean for Indigenous Education in the Faculty of Education, retired in 2017. 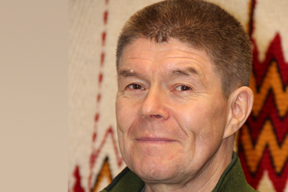 Dr. Cole is a member of the Douglas First Nation (Southern Stl’atl’imx) as well as having Welsh/Scottish heritage. He has considerable experience as a researcher and educator in Indigenous education, with expertise in curriculum theory, Indigenous epistemology and pedagogy, research methodology, traditional indigenous technologies, and Indigenous perspectives in environmental and sustainability education. 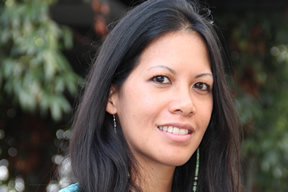 Growing up in a sugar plantation town in Kaʻū, Dr. Galla was exposed to an array of languages and cultures from a young age and continued learning about her Hawaiian language and culture formally at Kamehameha Schools on Kapālama campus in Honolulu. She went on to study Linguistics at the University of Arizona and received a PhD in Language, Reading and Culture. Her research explores what types of technology initiatives Indigenous language communities are using to revitalize, maintain, and promote their language.

Jan Hare is an Anishinaabe from the M’Chigeeng First Nation. She is an Associate Professor in the Department of Language and Literacy Education. Her research interests include the social practices of literacy in Aboriginal families, schools and communities. She has a particular interest in Aboriginal early learning and youth issues. She is mentoring doctoral students working on Aboriginal language revitalization and Aboriginal education. 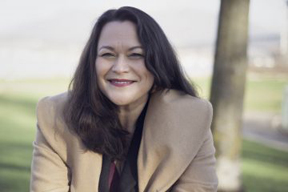 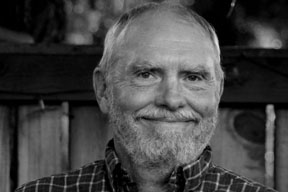 Dr Marker (Arapaho) studies the ethnohistory of education and the politics of Indigenous knowledge, primarily in the Coastal Salish region. His research has foregrounded the ways that colonizing powers have imposed ideologies and cosmologies on Aboriginal communities and the remarkable resistance strategies of Native people. 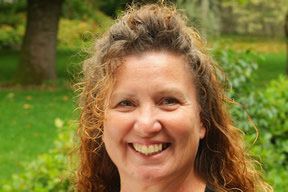 Ms. Point is a member of the Musqueam Band of the Coast Salish Tribes. As Urban Program Coordinator she is the program advisor for the first and second year NITEP students. She also teaches B.Ed. courses dealing with issues in First Nations education and the second year class for the First Nations Languages program, Intermediate Salish.

Faculty of Land and Food Systems 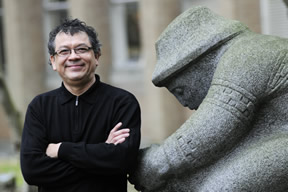 Peter A. Allard School of Law 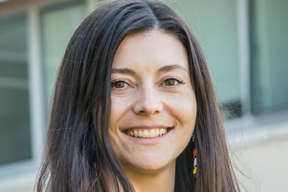 Ms Barkaskas, M.A. (History), J.D., has worked closely with Indigenous peoples in their encounters with the justice system and has worked as a historical legal researcher for the Indian Residential Schools Settlement Agreement. Her teaching and research interests include restorative justice and experiential learning in clinical legal education. She was born in Alberta and is Métis. 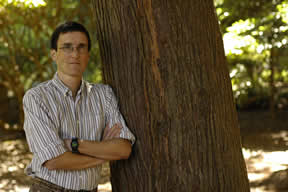 Dr Christie has taught in universities in Canada and the United States, in Faculties of Law, and Departments of Philosophy and Indigenous Studies, including Assistant Professor at Osgoode Hall Law School (1998-2004) where he also acted as Director of the Intensive Program in Aboriginal Lands, Resources and Governments. Dr Christie’s research fields include Aboriginal legal issues, legal theory, and tort. His ancestry is Inupiat/Inuvialuit. 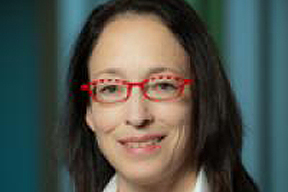 Professor Johnston is a member of the Chippewa Nawash First Nation in Ontario. Her teaching areas include Indigenous legal traditions, Canadian Aboriginal and treaty rights, and law & colonialism. Her current research focuses on the relationship between totemic identity, territoriality and governance. 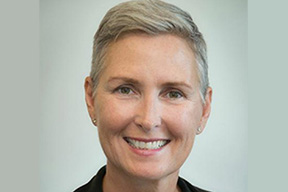 Mary Ellen Turpel-Lafond, or Aki-kwe, is Cree and Scottish. She is recognized internationally for her pioneering work as British Columbia’s first Representative for Children and Youth. As a lawyer and provincial judge, Ms.Turpel-Lafond has also been involved in projects relating to improving supports for Indigenous peoples, especially in addressing the unique circumstances and needs of children and youth involved in the justice system. Ms. Turpel-Lafond also serves as director of the Indian Residential School History and Dialogue Centre.

Dr Nadine Caron, Associate Professor, Faculty of Medicine, Department of Surgery, teaches at the Northern Medical Program at the University of Northern British Columbia. She currently resides in Prince George, BC where she is a general and endocrine surgeon at the Prince George University Hospital. She is passionate about Indigenous peoples’ health and Canadian health policy. Nadine is Anishnawbe from the Sagamok First Nation. 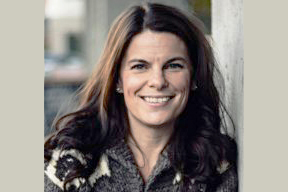 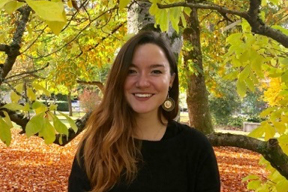 Karleen is Anishinabek (Lac Seul First Nation), Cree (Berens River First Nation), and settler, and was born and raised as an uninvited guest on the unceded, ancestral, and traditional territory of the Syilx/Okanagan People. She received her BA from UBCO in Indigenous Studies and Gender and Women’s Studies. Afterward, she earned her Master’s in Library and Information Studies at UBC Vancouver. 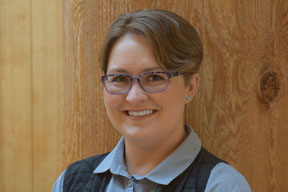 Ms. Dupont, Métis, is from Prince George, BC and an alumnus of the University of Northern BC. She received a Masters of Library and Information Studies at the University of Alberta, where her research interests focused on information seeking behaviours of urban Métis youth. Ms. Dupont oversees the operation and direction of Xwi7xwa Library.