The UBC Vancouver and Okanagan campuses are located, respectively, on the traditional territories of the Musqueam and Okanagan communities. UBC has recognized its special relationships with these communities through Memorandum of Affiliation/Understanding. These memoranda, however, are just the record and formal base of relationships that UBC seeks to have on an ongoing and daily basis with these partners and other Aboriginal communities and organizations. 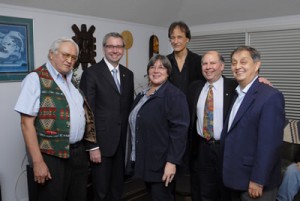 UBC and Musqueam Representatives at the 2006 Memorandum of Affiliation Signing

The Musqueam Indian Band and the University of British Columbia have a long history of partnership which was strengthened in December 2006 with the signing of an historic Memorandum of Affiliation. 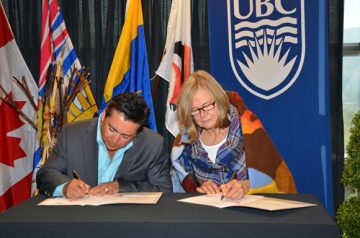 The UBC Okanagan relationship with the Okanagan Nation Alliance began before the campus became part of UBC in 2005. On September 28, 2012, the relationship was renewed.