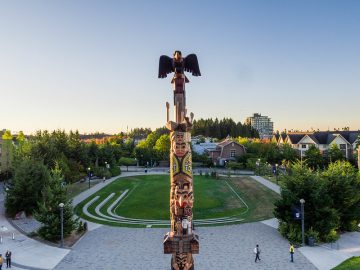 UBC’s Indigenous Strategic Plan has been finalized. This is a momentous step for UBC as we take a leading role in the advancement of Indigenous peoples’ human rights.

We are the first university in North America to commit to implementing the United Nations Declaration on the Rights of Indigenous Peoples, and to take a human rights-based approach to our Indigenous strategic framework.

The Indigenous Strategic Plan sets out a series of eight goals and 43 actions the university will collectively take in order to advance our vision of becoming a leading university globally in the implementation of Indigenous peoples’ human rights.

The plan is the university’s response to the United Nations Declaration on the Rights of Indigenous Peoples and the National Inquiry into Missing and Murdered Indigenous Women and Girls’ Calls for Justice. It is also UBC Vancouver’s response to the Truth and Reconciliation Commission’s Calls to Action.

It was created with input from more than 2,500 students, faculty and staff across our campuses – both Indigenous and non-Indigenous – as well as from Indigenous community partners.

As directed by the UBC Indigenous Strategic Plan, the following document presents a framework for measuring progress towards our goals, including both qualitative and quantitative performance measures. This framework is a sample, it is designed to provide guidance to faculties and operational units when measuring progress towards the Indigenous Strategic Plan’s goals.

Celebration of the ISP

To celebrate the Plan and the advancement of Indigenous human rights at UBC, President Santa Ono hosted a virtual event on Monday, September 14. For more about the event, visit the ISP Celebration Event page.

The renewal of the Indigenous Strategic Plan began in 2017. The Plan forms UBC’s response to the Truth and Reconciliation Commission of Canada’s Calls to Action, the National Inquiry into Missing and Murdered Indigenous Women and Girls’ Calls for Justice, and the United Nations Declaration on the Rights of Indigenous Peoples. To the best of our knowledge, UBC is the first university in North America, and possibly the world, to endorse the UN Declaration.

The vision and mission of the Indigenous Strategic Plan are as follows:

Mission: To guide UBC’s engagement with Indigenous peoples and its commitment to reconciliation, as articulated and called for by the Truth and Reconciliation Commission of Canada.

The 38-page draft Indigenous Strategic Plan, which continued the work of the 2009 Aboriginal Strategic Plan, was posted online in June 2018. From this point, the Indigenous Strategic Planning Team led a planning process to produce a final action plan, which provides clear, implementable steps to enhance Indigenous engagement at UBC Vancouver, while also providing an overarching UBC-wide plan to be implemented across both campuses. This plan intends to build upon UBC Okanagan’s Declaration of Truth and Reconciliation Commitments. In fact, the UBC-wide strategy will look to integrate UBCO’s current commitments while recognizing the unique contexts and strengths of each campus. 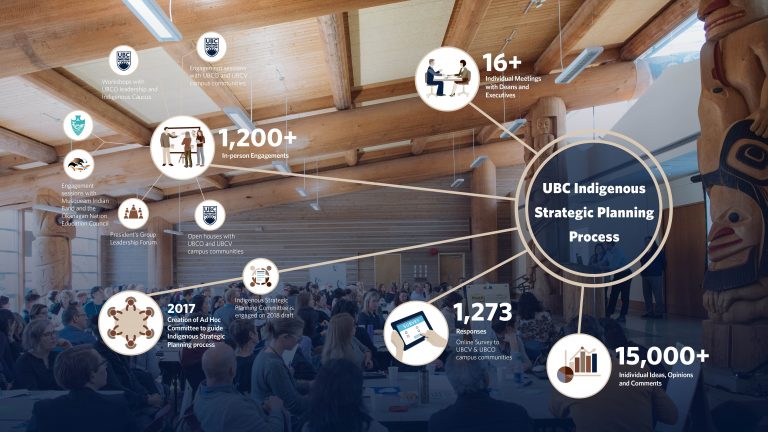 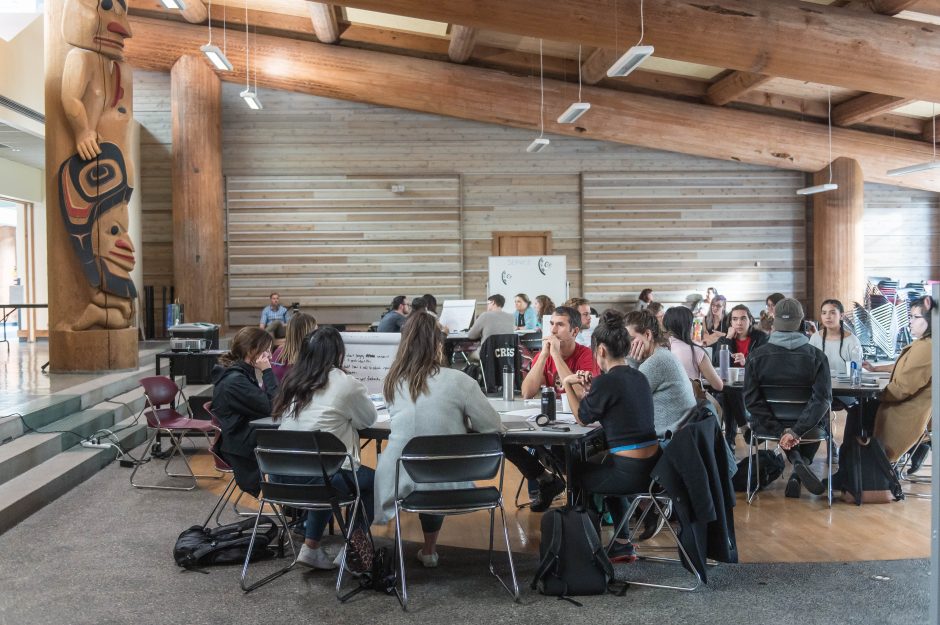 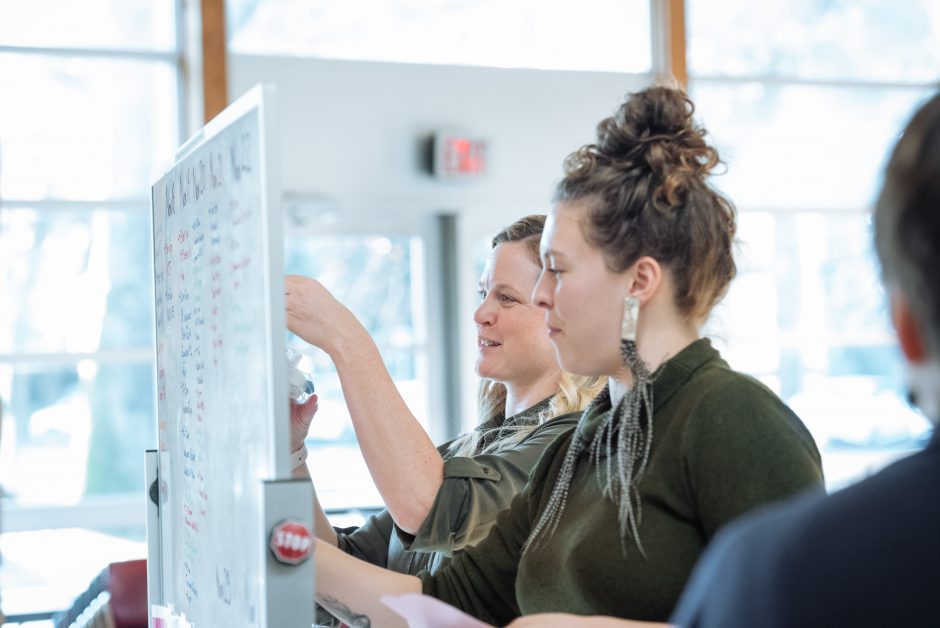 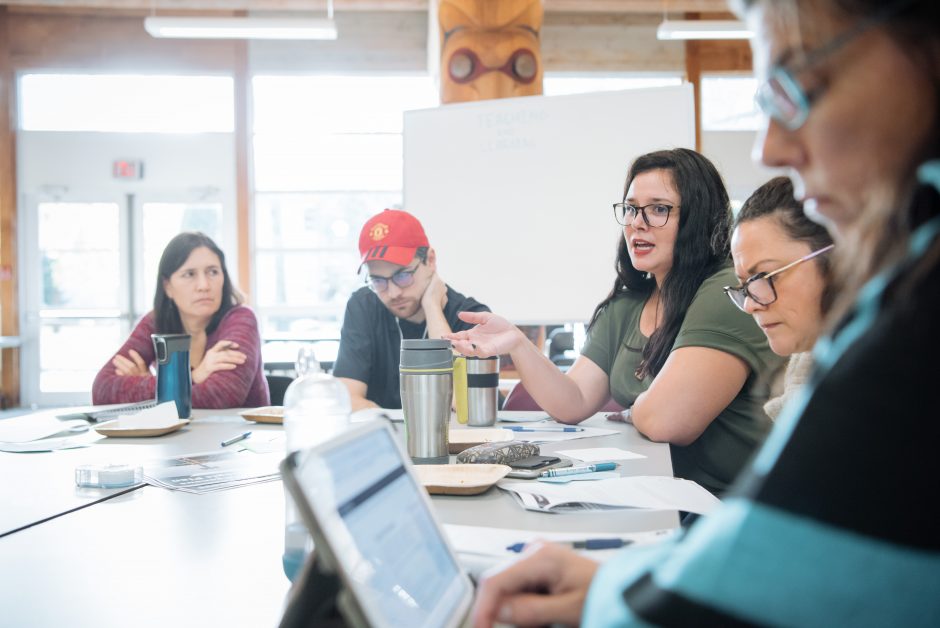 To learn about the three engagement themes used to guide responses during the engagement sessions and the online survey, go here.

The following graphic was produced from the ISP survey data. It depicts a positive correlation between survey respondents’ self-reported familiarity with Indigenous issues and how important they think the ISP will be to their courses, faculty, school, unit or partnership with UBC. In short, it was found that as familiarity with Indigenous issues increases so does the perceived importance of the ISP. 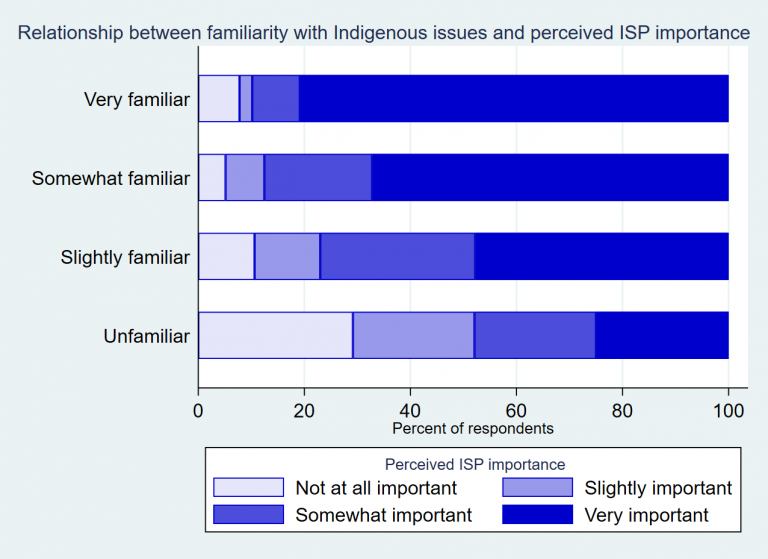 For an overview of what we heard from the engagement sessions and the online survey, go here.

The following are some of the priorities recorded from the open house sessions in March 2020. Participants were asked to put stickers by the ISP actions they thought should be implemented first. These stickers were then tallied to give the top goals and actions. 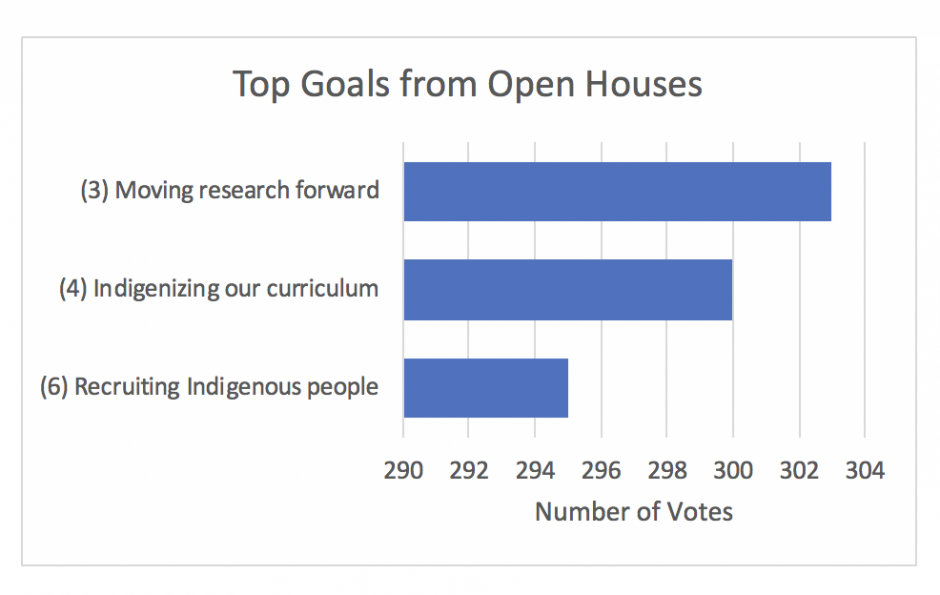 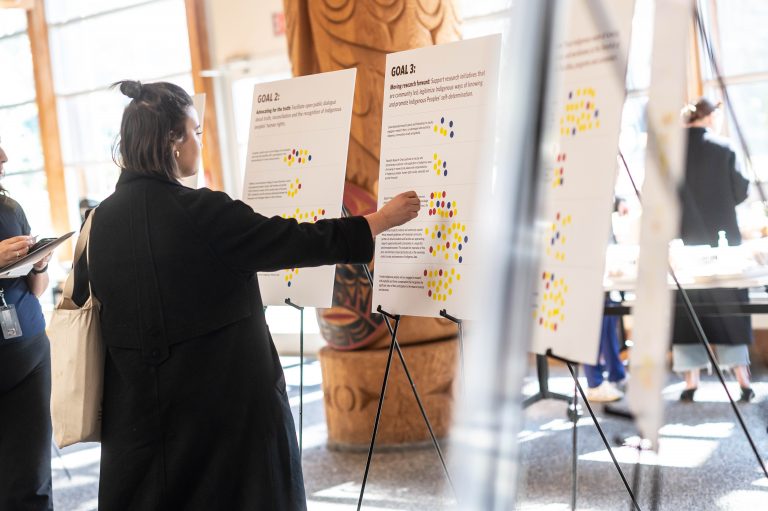 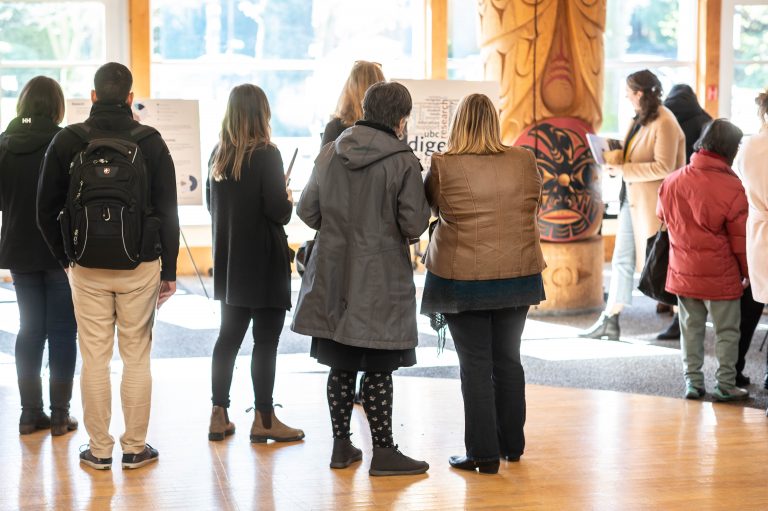 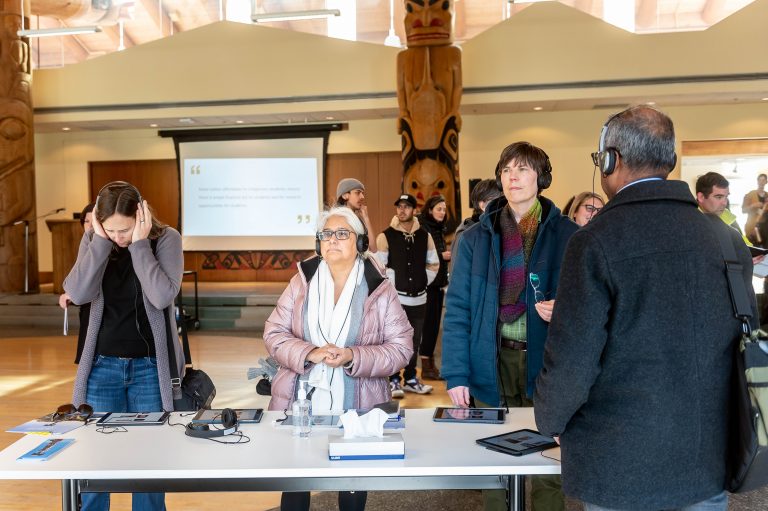 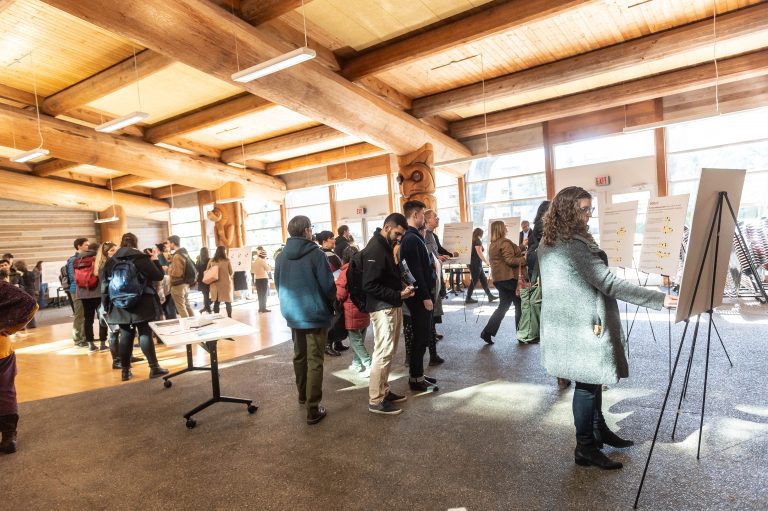 For your reference, here’s a timeline of the ISP’s development and implementation: 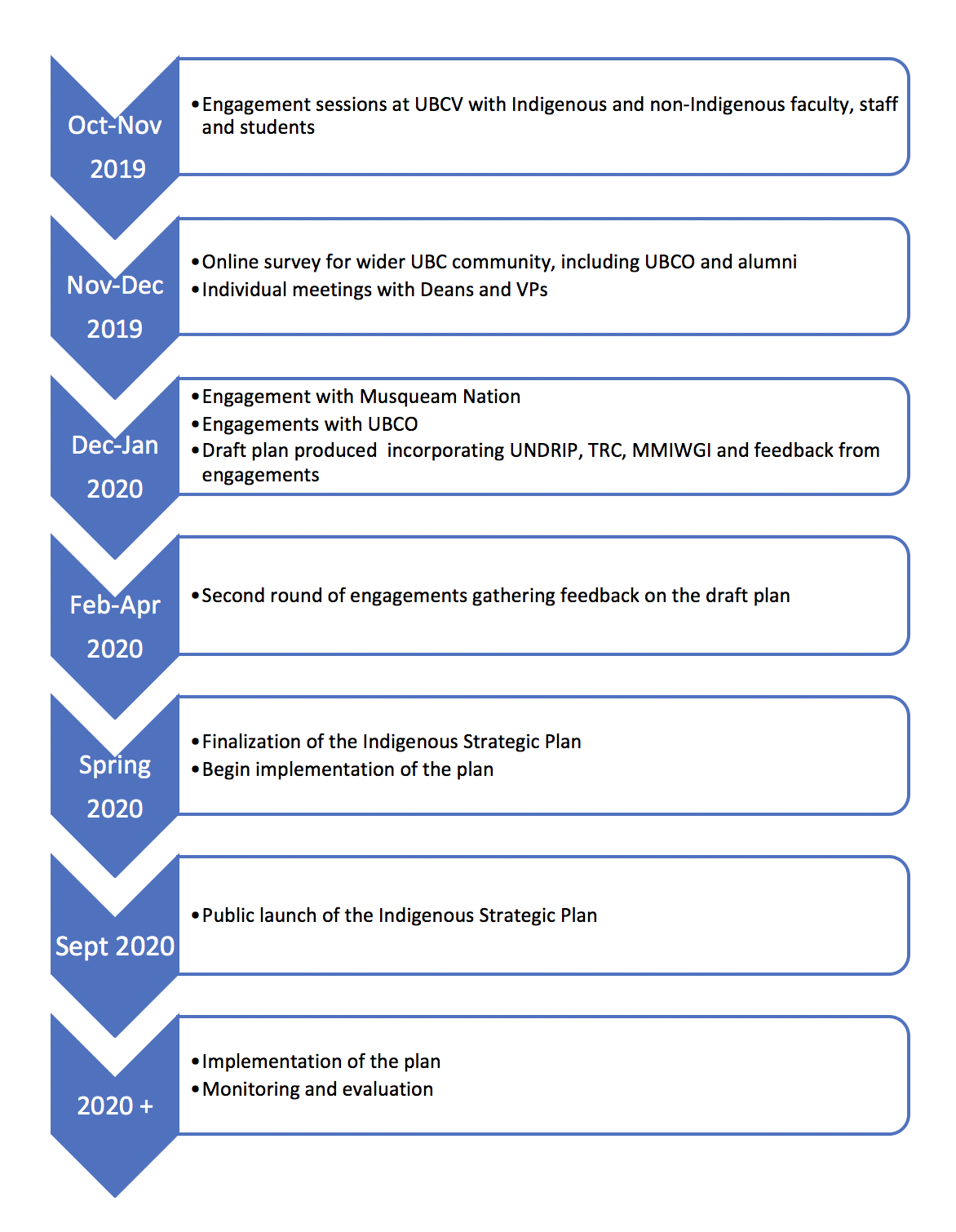