A Missing Link in Vancouver’s History 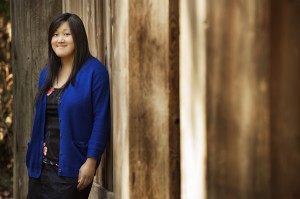 Elder Larry Grant is a well-known figure around campus, welcoming visitors to the Musqueam territory where the university is located. But few realize that his ancestry offers historians a clue about a little-known period of Vancouver’s past.

Throughout the 20th century, farmers from Guangdong, China moved to the fertile flatlands along the Fraser River, also traditional Musqueam land, to live and work, supplying much of the Lower Mainland’s produce. Grant’s father was one of these Chinese market gardeners. His mother was a Musqueam woman who had grown up on the reserve.

Grant’s family farm grew an assortment of Chinese and Western vegetables. One of his favourite memories from his childhood was being allowed to wander around the farms in the summertime and pull vegetables right out of the ground. He says that he and his siblings didn’t have to go home for lunch, they could just eat on the run. Grant, who first attended school in Chinatown, was introduced to Chinese cuisine around the dining table in the farm cookhouse, where he often ate with farmers and farmhands.

When master’s student Sarah Ling heard about Grant’s lineage while working on the Chinese Canadian Stories project with Professor Henry Yu, she started to investigate the relationships between these Chinese farmers, their families, and the Musqueam Nation.

The Musqueam community as well as Chinese descendants of the market gardeners were eager to find out more about their shared past.

“This history is alive in people’s memories but it’s harder for others to learn these stories if it isn’t documented,” says Ling, who learned about her own family history and their ties to B.C. First Nations while researching her roots online. Her great-great uncle, Mah Bon Quen, was the first Chinese merchant in Prince Rupert. He traded with local First Nations and fathered the first Chinese baby in the city.

Ling and a team from Musqueam decided to record oral histories and recreate maps of the reserve during that time. At the same time, community members could gain skills and establish procedures for documenting histories for future projects.

Ling’s research interests as a student in the Interdisciplinary Studies Graduate Program include the revitalization of marginalized histories between Chinese and First Nations peoples in B.C. She and her colleagues received a Chapman Innovation Grant from the Community Learning Initiative that allowed Ling to spend her summer break working, living and learning side-by-side with Musqueam colleagues.

“Graduates who participate in community based experiential learning achieve a strong set of transferable professional skills with an ability to draw on self-knowledge to refine career goals, as well as consider their personal values in decision-making processes,” says Susan Grossman, director of the Community Learning Initiative.

With the CLI grant and funding from the Musqueam Language and Culture Department, Ling worked with Musqueam and an oral history instructor to create standardized oral-history interview forms that the community can use for future projects. She and Musqueam youth Faith Sparrow-Crawford, who now studies at UBC, learned interview skills to film the stories through an oral history program. The project team also spent extensive time collecting and digitizing archival records and family photographs.

The 18 interviews conducted by Ling and Sparrow-Crawford revealed that the Musqueam and Chinese farmers created a truly integrated community. For instance, many Chinese farmers shared their produce with the community. They were grateful to be welcomed and to raise their families on Musqueam land.

“Musqueam is their home. They’re Chinese, completely Chinese, but their whole life growing up was here in Musqueam,” said Grant during his interviews for the Chinese Canadian Stories project.

“A lot of intercultural history happened and there is a lot we can learn from,” says Ling.