A Chance to Work with Canada’s Most Distinguished Aboriginal Filmmaker 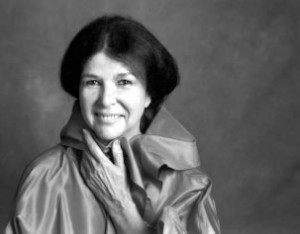 Students enrolled in FIPR 469A this spring will have the rare opportunity to work with Canada’s most distinguished Aboriginal filmmaker, Alanis Obomsawin.

Alanis gained national prominence in 1993 with her film on the Oka crisis, Kanehsatake: 270 Years of Resistance, much of which was filmed from behind the barricades at Canada’s most significant moment of Aboriginal armed resistance in the 20th century (at one point, army rounds are fired into the position in which Alanis is holding the camera after her camera man has left). Her continued activism, through two other films on Oka, films on fishing rights (Is the Crown at War with Us? and others), and later films on the history of her home community (Waban-Aki, Gene Boy Came Home), she has repeatedly pushed the boundaries of documentary film and Aboriginal activism.

Alanis is an Officer of the Order of Canada and a recipient of the Governor General’s Award, and has, in recent years, had many retrospectives on her work around the world. In her previous visits to UBC, she has worked closely with students to think through the strategies of their own projects and to understand how they can have greater effect.

Don’t miss this opportunity to work with one of the greats. No previous filmmaking experience is necessary to take this class, and it will be an experience you are sure to remember.

The course offers an introduction to the techniques and practice of video production within the context of First Nations Topics. Students will work in groups to produce short fiction or documentary videos examining First Nations topics and perspectives. In workshop-style classes, students will receive an introduction to video editing, lighting, camera and sound techniques as well as writing and researching for short films. Selections from student work will be presented at a community showcase and discussion forum to be held in April at the First Nations Longhouse on the UBC Campus.

January to April 2012 – Wednesdays, 9AM – 12PM
To apply for the course or to register, please contact the UBC Film Production Program at film@interchange.ubc