Language revitalization as a site for reconciliation 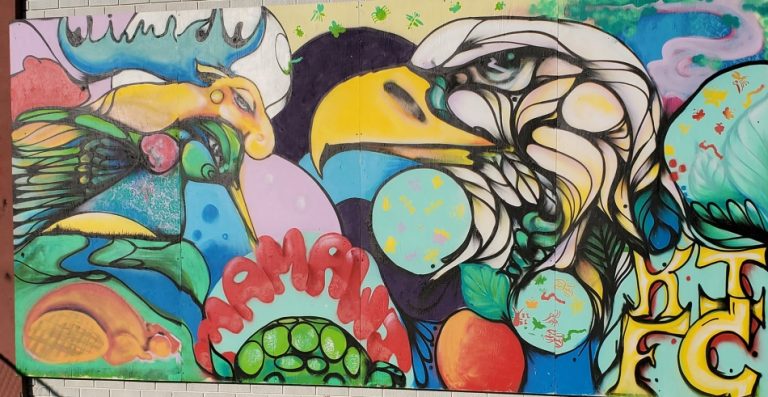 Language revitalization could serve as a site for reconciliation between Indigenous and non-Indigenous people in the town of Kapuskasing.

Ricki-Lynn completed her Master’s at UBC with a focus in Linguistic Anthropology. Her thesis examined the interconnectivity of identity, emotions, and language revitalization, specifically aiming to understand how to create low-stress language learning environments.

They discuss how language revitalization in Canada is affected by white racism, and what being antiracist means in this area of research.

How has Cree language revitalization changed Kapuskasing, do you think? What do you hope to see in the future?

TS: Revitalization is tricky. What is revitalization? And according to who? The Indigenous language spoken here since time immemorial has been Cree L-Dialect, or Ililimowin. But the funding supports in place promote learning other dialects over the revitalization of Ililimowin.

I would love for the town of Kapuskasing and other municipalities in the Moose Cree Homelands to recognize and share the first language used is this region in signage, labels, the naming of rivers and lakes, land acknowledgements in council meetings, and so much more.

Ricki, your thesis examines how Indigenous language revitalization is affected by white racism in small-town Canada. What prompted you to choose your thesis topic?

RLA: Growing up in Kapuskasing, I realized that Indigenous people are minoritized, in part, through racist ideologies and discourse.

This kind of exposure to, and education about, Indigeneity, is one step towards reconciliation and developing an antiracist stance.

Acknowledging racism is not enough; an antiracist stance insists on actively disrupting racism, which sometimes means confronting our own complicity in colonial practices.

Why is this area of research needed?

Kapuskasing does not have enough representation for Indigenous peoples in council; confrontations with police resulting in abuse of power have occurred, including assaults; Kapuskasing establishments such as the museum do not reflect any of the shared history for the town and region.

Language is culture, and culture is history, language, customs, traditions, and many other facets of identity.

Studying racism through a language revitalization lens allows us to better understand how racism functions linguistically – what are people saying, how do they say it – which we can then use to identify the broader ideologies that inform this kind of discourse.

Racist discourses and ideologies about Indigenous identity and languages promote and maintain feelings of shame and trauma, which can discourage someone from trying to learn or reclaim their language. Once we gain a better understanding of how racism is impacting the lived experiences of Indigenous people, we can strategize ways to address it in the work we do and continue to add to the growing body of research on best antiracist, decolonial practices.

What dialect does your community speak? What is your favourite word in this dialect and why?

TS: I am of the Moose Cree Homelands. I speak for three rivers: Albany River, Moose River, and Rupert River. Blood flows through my body, water from the rivers flow as well. Water has memory so I carry the memories of my ancestors within me.

I am not from a black dot on a map. I am from the land that I must protect from abuse and keep safe for our future.

The word I reflect on is ‘Niikaan’ meaning ‘in front’ or ‘future’. It is personal to me because we must recognize what is front of us: opportunity, responsibility, accountability. To move forward to our future, one must learn from the past and acknowledge the present.

This article was originally published by UBC Language Sciences.