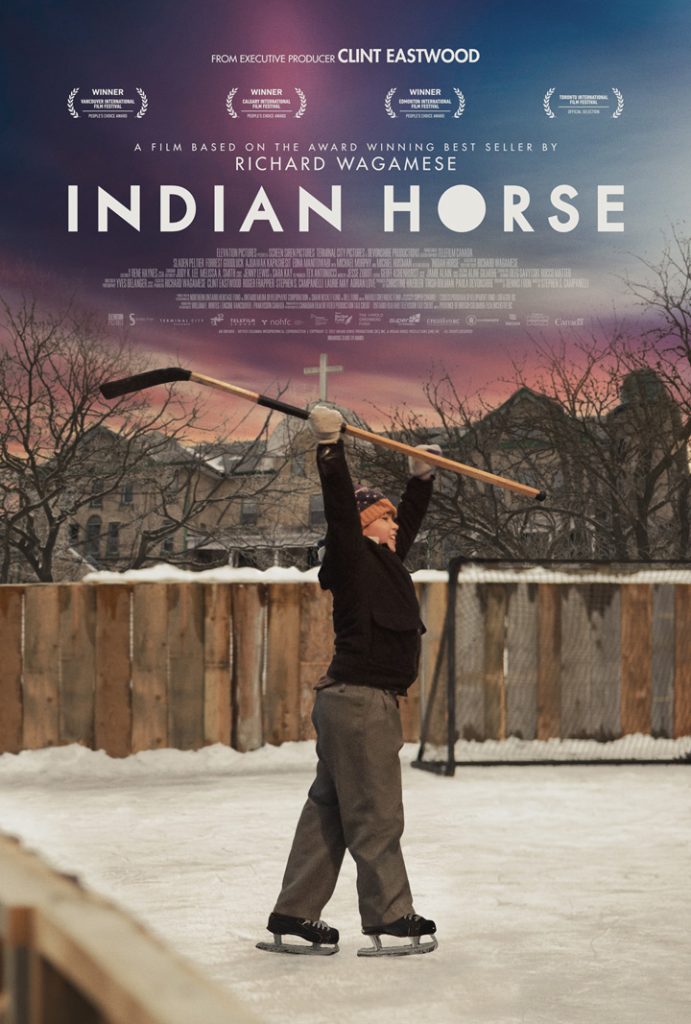 April 13, 2018 – A special screening of the feature film Indian Horse, an adaptation of Richard Wagamese’s award-winning novel, is being held at the UBC First Nations Longhouse on Tuesday, May 1st, at 7 PM.

This dramatic film sheds light on a dark era when Canada’s Indian residential schools dominated the lives of Indigenous people, who in turn countered them with their own indomitable spirit.

There is no cost, and all are invited. But come early as seating is limited.

About the story: In late 1950s Ontario, eight-year-old Saul Indian Horse is torn from his Ojibway (Anishnaabe) family and committed to one of Canada’s notorious Catholic residential schools. In this oppressive environment, Saul is denied the freedom to speak his language or embrace his people’s heritage while he witnesses horrendous abuse at the hands of the very people entrusted with his care. Despite this, Saul finds salvation in the unlikeliest of places and a favourite Canadian pastime — hockey. Fascinated by the game, he secretly teaches himself to play, developing a unique and rare skill. He seems to see the game in a way no other player can. His talent leads him away from the misery of the school and eventually to the Pros. But the ghosts of Saul’s past are always present and threaten to derail his promising career and future. Forced to confront his painful past, Saul draws on the spirit of his ancestors and the understanding of his friends to begin the process of healing.

Rotten tomatoes gives the film 88%. The Globe and Mail’s Mark Medley says “the essence and importance of Wagamese’s book – both the brutality and the beauty – shines through, more vital than ever.”