By Development and Alumni Engagement on October 26, 2016 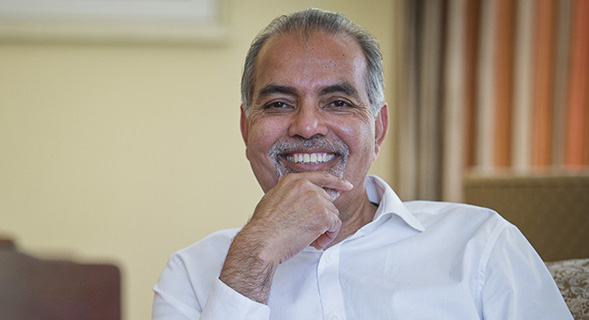 October 26, 2016 – “I think education is foundational for building a community, city, or nation,” says Barj Dhahan, UBC alumnus (BA 1983) and CEO of the Sandhurst Group, above. “Education leads to equality. It leads to opportunities for all.”

Barj, who describes himself as “interested in a bit of everything,” comes from a family of eleven UBC graduates. As a philanthropist, his interests are as diverse as his company portfolio, which ranges from real estate and fast food to convenience stores and gas stations. He recently established a major entrance award for Aboriginal students in acknowledgement of the Truth & Reconciliation Commission’s Calls to Action, which encourages Canadians at all levels of society to advance the process of reconciliation with Aboriginal peoples.

According to Statistics Canada, 9.8 per cent of Aboriginal people in Canada aged 25 to 64 have a university degree, which is a marked contrast to the 26.5 percent of non-Aboriginal people aged 25 to 64 who do. “We’re a country of enormous wealth. That kind of disparity should not exist,” he says. “The Truth and Reconciliation Commission has articulated 94 recommendations, and quite a few relate to education and removing barriers for First Nations students.”

According to Barj, who is also a motivational speaker and yoga instructor, it was his father, Budh Singh Dhahan, who first imparted the importance of helping others. Today, as Director of the Canada India Education Society (CIES), Barj supports the advancement of health and education in rural India. He is involved in clean water and sanitation initiatives, and is a huge proponent of girls’ education—a movement that initially met some resistance from those who felt schooling was a boy’s prerogative.

By establishing the award entitled Honouring the Truth, Centennial Scholars Major Entrance Award for Aboriginal Students, Barj hopes to contribute towards reconciliation by supporting one of the most underrepresented groups in the University.

“As I understand it, reconciliation cannot take place until the economic inequalities are dealt with,” explains Barj. “When I started thinking about UBC’s Centennial, I was drawn to the idea of Centennial Scholarships—not bursaries but scholarships, where you recognize the academic achievements of the promising recipients and encourage them to continue.”

Barj has partnered with family, friends and others in the community to raise $400,000 which will support 20 students who would be unable to attend UBC without significant financial assistance through their 4 year programs. Criteria include demonstrated academic and leadership achievements. Subject to academic standing, awards may be renewed for up to three years. Candidates will be nominated by their schools or communities and recipients will be chosen by the Centennial Scholars Entrance Award Committee.

While Barj acknowledges that tackling the longstanding problem of inequality will take many hands, heads, and hearts, he expresses a deep-seated hope that the awards will lead to “more happiness and more opportunities” for everyone in society.

“I had the ability to go to university, and I’m grateful to my parents,” says Barj. “I want all Canadians to have that same opportunity. If I can open that path for someone, I’ll be glad.”