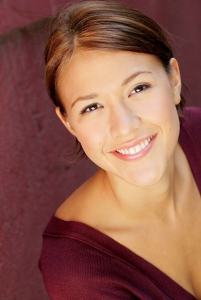 Recent UBC Graduate Elle-Maija Tailfeathers’ film “Bloodland” is being screened at film festivals around the world, starting with the Vancouver International Film Festival this fall.

Tailfeathers created the film as a final project, during UBC Film Production’s first year of the Rogers Project, in a class with Rogers Multicultural Teaching Fellow Dwayne Beaver, in which students created films focusing on First Nations topics.

The film addresses the impact of oil and gas exploration, specifically hydraulic fracturing in her home community of the Blood Reserve in Southern Alberta.

Film Production 469 – First Nations Topics is being offered again this Winter Term and it is a great opportunity for students to get an introduction to the techniques and practice of video production within the context of First Nations Topics. The course will be taught by taught by Dwayne Beaver and artist in residence Alanis Obomsawin.

Tailfeathers offers the following words on her experience in the course:

During my time at UBC, I learned how to use film equipment and editing software mainly on through a process of trial and error. Naturally, the FIPR 469 course sounded incredibly appealing to me. Given the incredible amount of experience he has in the industry as well as his contagious passion for filmmaking, Dwayne Beaver was an excellent instructor. The course itself was essentially a crash-course in filmmaking for every level of experience and Dwayne constantly challenged us to exceed our expectations of our own filmmaking abilities. This is very apparent in the films created in the inaugural FIPR 469 course; all of which were beautiful pieces with exciting and engaging content.

As for the making of “Bloodland”, it was a very collaborative piece and an engaging creative endeavor because everyone that was involved in the making of this film was completely invested in the cause. And although the subject matter was so serious, we had a lot of fun shooting the film; particularly the special effects aspect. It is beyond exciting to see how far it has come and it is a great feeling knowing that the subject matter is being conveyed to such a large audience. I think that the topic of dependency on gas and oil is universal and we have reached a point in human history where we can no longer choose to be ignorant to our own implications in the destruction of our planet. I do hope that this film inspires awareness and challenges people to take action.

For more information on the issue of hydraulic fracturing on the Blood Reserve, please go to:
www.protectbloodland.ca

Previous filmmaking or video experience is not essential to take the First Nations Topics in Film Production course, but a background in First Nations topics or studies is required. To apply for the course or to register, please contact the UBC Film Production Program at film@interchange.ubc