By Elle-Maija Tailfeathers and Thane Bonar on March 1, 2011 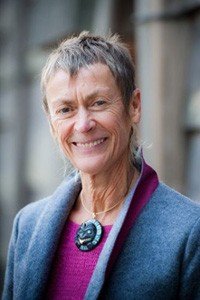 When Dr. Leonie Sandercock, a professor in the School of Community and Regional Planning at UBC, heard that the municipality of Burns Lake had shut off water and sewer services to the Burns Lake Reserve (Ts’il Kaz Koh First Nation), she saw it not as a municipal water and sewage issue, but as a human rights issue. She wanted to understand how that could be possible in 21st century Canada.

Dr. Sandercock has worked in the field of planning for over thirty years and in 2007 was invited by the Cheslatta and Ts’il Kaz Koh (Burns Lake) Carrier Bands to explore the issues of community development and cultural division. What she discovered was a community that was culturally divided due to a deeply rooted history of colonialism and structural racism.

Sandercock worked closely with the bands and through her chosen medium of film, has been able to create cross-cultural dialogue in these historically divided communities. Her six-year research initiative, with Giovanni Atitili, resulted in a feature-length documentary, “Finding our Way”. The film provides a valuable means for generating dialogue within Aboriginal communities and cross-culturally, as well as informing the broader public of these often overlooked histories.