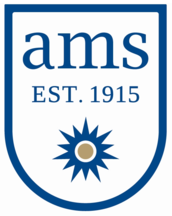 AMS expressed on behalf of 56,000 current undergraduate and graduate students of the University of British Columbia its “profound regret” for not making “serious efforts to advance reconciliation or recognize Indigenous rights” over the course of its 100 plus year history, and that it was “deeply sorry” for not having made a “concerted effort to foster a campus that is inclusive of Indigenous students.”

The apology, also released online, goes on to say that as an “organization comprised primarily of non-Indigenous students, the AMS has been slow to challenge settler privilege, undo systems of colonization, and thoughtfully engage with Indigenous peoples, including Indigenous students and the Musqueam Indian Band, upon whose territory we operate.”

As part of the apology, AMS concedes it “should have long ago begun to meaningfully address relations with Indigenous peoples.” It further states “this statement of apology is intended to be an inflection point from which the AMS commits to genuine reconciliation, respect for Indigenous rights, and recognition of our position as guests on [Musqueam] land.

The apology reveals that the ongoing use of the Thunderbird image and name, which was formally permitted in 1948 by Chief William Scow of the Kwikwasut’inuxw Haxwa’mis First Nation, has not been revisited since. Thus, it admits that it had “assumed that the authorization was granted in perpetuity.” Instead, it says, “we should have consulted with the Kwikwasut’inuxw Haxwa’mis people about continued use of the thunderbird.” As a result, the student society says it will reach out to them to discuss its further use.

The apology also acknowledges that in light of Canada’s “system of genocide… Organizations like the AMS that do not take action in the face of such severe and systemic marginalization and oppression are complicit by omission.”

UBC student Rodney Little Mustache of the Piikani Nation led the call for the AMS apology. He said in a Ubyssey article that the AMS apology is a “good start.”

He added: “AMS and UBC are at a turning point in history. We are setting the stage so that these types of actions are worked on and never forgotten.

“I cannot find the words for the happiness I feel for the present students and the future students of the University of British Columbia.”

AMS has since embarked on forming an Indigenous advisory committee and according to President Hamid, as reported by the Ubyssey, will look to have “every single portfolio… support Indigenous initiatives.” The society will also establish a space for Indigenous students in the Nest, the university’s student union building, and create a dedicated staff position.