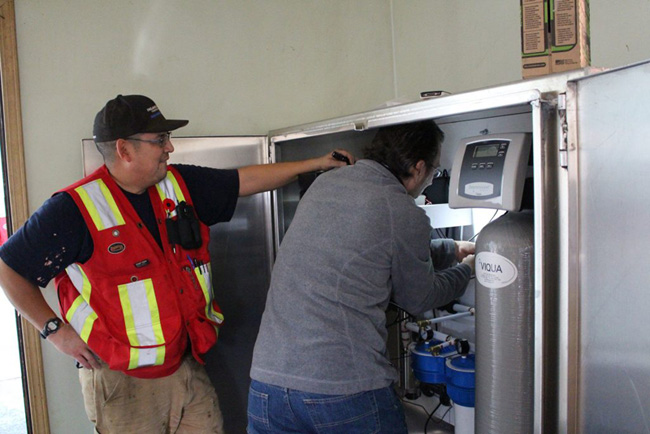 Feb 21, 2018 – For the first time in decades, two remote First Nations communities in Lytton, B.C. have access to safe drinking water – thanks to a point-of-entry treatment system designed by University of British Columbia engineers in collaboration with the communities, industry and government.

The setup delivers a minimum of 400 litres a day per person. Water is drawn from nearby creeks and piped into a fridge-sized plant installed in the basement of each home. Simple filters screen out dirt and clays, and an ultraviolet irradiation unit eradicates harmful bacteria in the water.

The system began operation in November 2016, and the boil-water advisory was lifted two months later with no water quality issues since.

“It’s so nice to be able to drink water straight from the tap,” says Chief Janet Webster of the Lytton First Nation, who’s also a resident of the Spintlum reserve, one of the two communities now using the new system.

The system costs around $7,000 per household, including installation – significantly less than alternative central treatment plants that could run to hundreds of thousands of dollars for each community, says project lead and UBC engineering professor Madjid Mohseni. Each plant is designed to last for at least 10 years and requires minimal maintenance.

“Many water plants fail because they’re over-designed for local needs or require complicated technology to operate,” said Mohseni. “Thanks to close collaboration with the Lytton band, our industry partners, and Indigenous Services Canada, we were able to build a system that matches the community’s needs and capacity, and to provide comprehensive training for the community water operators.” 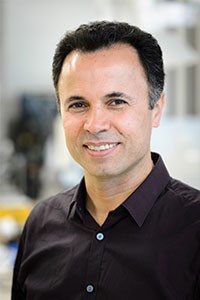 The team tested the water multiple times to ensure that it met the highest quality standards for drinking water, and monitored the system for an entire year to see how it performed through the seasons and as the quality of the raw water changed.

Funding was provided by Res’eau-WaterNet, a cross-sectoral partnership program that aims to provide safe drinking water to small, rural and Indigenous communities. Mohseni, who serves as Res’eau’s scientific director, says that its community circle problem-solving approach was critical to the project’s success.

Warren Brown, the lead water operator from the Lytton First Nation who worked closely with the UBC-Res’eau team, agrees.

“We enjoyed building new relationships with Res’eau and partners from other parts of the world. With that trust in place, we were able to design a solution that was the right size and met the communities’ needs and is sustainable over the long term,” said Brown.

The system is particularly cost-effective for tiny reserves with five households or less as these do not meet the threshold for federal funding support for water treatment, added Mohseni.

“As of December 31, 2017, there were 15 boil-water advisories and three do-not-consume advisories in effect in 16 First Nation communities in B.C,” he said. “Our success in Lytton highlights the potential of the community-circle approach for other communities facing similar challenges.”