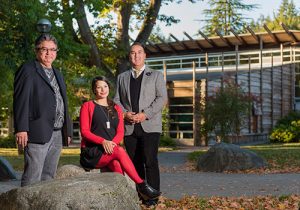 October 20, 2017 – There is a steady hum of activity inside the Cowichan Maternity Clinic in Duncan. Cassandra Felske-Durksen places a gentle hand on the young woman’s shoulder, while monitoring the fetal heart rate displayed on a nearby screen.

As a family physician with a special interest in Indigenous women’s health and obstetrics, Dr. Felske-Durksen has made it her priority to support the maternal care needs of women in the Cowichan Valley, home to the Hul’qumi’num people on Vancouver Island.

Meanwhile, over 700 km away in Quesnel, Dr. Benjamin Matthew adjusts his surgical cap before scrubbing in for the operating room.

About to perform his second laparoscopic abdominal surgery of the week, he’s one of two general surgeons working in the small city in B.C.’s central interior.

While miles apart — and though their paths have never crossed — Dr. Felske-Durksen and Dr. Matthew share a bond.

They are both graduates of UBC’s Faculty of Medicine and are among a growing number of Indigenous physicians now working in communities across B.C. and Canada.

Since the creation of the Aboriginal MD Admissions Program in 2002, the Faculty of Medicine has seen more than 70 Indigenous learners graduate from its MD Undergraduate Program, which trains medical students at four unique sites across the province.

“It’s an upward and very encouraging trend and I’m very proud of what we’ve accomplished over the years,” says James Andrew, the Faculty of Medicine’s Aboriginal Student Initiatives Coordinator, who has helped to grow the Aboriginal MD Admissions Program from its infancy.

The program — celebrating its 15th anniversary this fall — offers prospective Indigenous medical students a wide range of support throughout the pre-admissions and admissions stage, including counselling and workshops, as well as peer-to-peer mentorship with Indigenous students currently in the MD program. 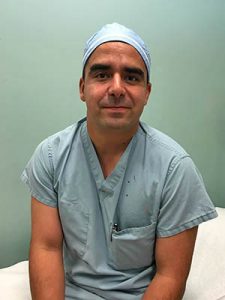 For Dr. Matthew, who is from the Simpcw First Nation located in the community of Chu Chua near Barriere, the Faculty’s admissions program was fundamental in securing his decision to become a doctor.

“When I was younger, I had an interest in medicine, but it wasn’t until I attended the pre-admissions workshop run by James Andrew that I was able to envision it becoming a reality,” says Dr. Matthew. “It really opened my eyes to the possibilities.”

Today, after completing four years of medical school based at UBC’s Northern Medical Program in Prince George, followed by six years of residency training in general surgery at UBC, Dr. Matthew is busy settling into life in Quesnel.

“Coming from a rural area, Quesnel is the perfect setting for me. My practice size and scope are wonderful — it all just fits,” says Dr. Matthew, who is also serving as a UBC clinical faculty member, teaching medical students who come to the small city for surgical rotations.

As the first Indigenous surgeon working in Quesnel, where the percentage of Aboriginal people is more than double the provincial average, Dr. Matthew knows he has an important role to play.

“Coming from a First Nations background, and growing up on a reserve, I bring a certain perspective and a deeper understanding of some of the unique health care needs of Aboriginal people,” says Dr. Matthew.

And, just as the Faculty of Medicine’s admissions program helped secure his own decision to enter medicine, Dr. Matthew is now looking to inspire future generations of Indigenous youth to pursue their dreams.

“I think one of the biggest roadblocks for Aboriginal youth and young adults is that they can’t picture themselves getting there — they don’t think it will ever be a possibility,” says Dr. Matthew. “That’s why it’s so important to break that barrier, to foster their interest, and to open their eyes to the possibilities.” 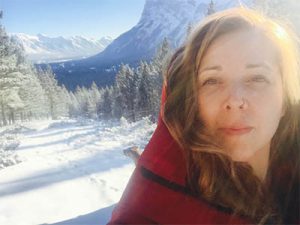 For Dr. Felske-Durksen, who is from the Métis Nation of Alberta and grew up in the Métis settlement of St. Albert, the decision to pursue a career in medicine was always deeply connected to her interest in helping Indigenous populations.

“With medicine, I felt that I would be able to create change in a way that was meaningful and lasting in people’s lives,” says Dr. Felske-Durksen.

After graduating from UBC’s MD Undergraduate Program in 2015, she went on to pursue her residency training in Cowichan with UBC’s Indigenous Family Medicine Residency site, which welcomes trainees who have a special interest in Indigenous health.

As a resident, Dr. Felske-Durksen earned numerous awards for her advocacy and outreach work, including her time spent supporting members of the Penelakut First Nations on Penelakut Island, a 30-minute ferry ride from Chemanius.

“Like other rural and remote areas in B.C., many on Penelakut face barriers to accessing care. The outreach is so beneficial for the community, but it’s also deeply beneficial for us, as young doctors — we learn so much and I feel honoured to be invited into the community,” she says.

In the years ahead, both Dr. Felske-Durksen and Dr. Matthew plan to continue scaling up their involvement working with and advocating for the health of Indigenous populations at the local, provincial and national level.

The impact they have already made is undeniable, but Dr. Felske-Durksen and Dr. Matthew represent only two of more than 70 Indigenous graduates now working to improve the health of communities across B.C. and Canada.

Together, it is the power of their collective journeys that will continue to attract future generations of Indigenous youth to the field of healthcare in the years to come.

The 15th anniversary of the Faculty of Medicine’s Aboriginal MD Admissions program was celebrated this week at the First Nations Longhouse at UBC. View pictures from the celebration.