March 1, 2017 – Acknowledgement of Indigenous lands, treaties and peoples vary at universities across Canada, finds a new study from the University of British Columbia, the first academic study of its kind.

“Acknowledgements indicate respect for Indigenous communities and bring attention to an often ignored history,” said co-author Linc Kesler, director of UBC’s First Nations House of Learning and associate professor in English and First Nations and Indigenous Studies. “It sets a context for present relationships among Indigenous and non-Indigenous peoples that can be thought of in a more deliberate way.”

The researchers searched almost 100 university websites for official acknowledgements, looking for key words like “Indigenous”, “Aboriginal” and “First Nations”, among others, and contacted university representatives to confirm the information.

Acknowledgement was defined as a “complicated term, at times referring to a recognition of truth or existence and at other times implying gratitude or appreciation.” 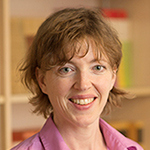 The study finds university acknowledgement in B.C. focuses on land and title as much of the province is considered unceded, or land that was never surrendered. In the Prairie provinces of Alberta, Saskatchewan and Manitoba, specific treaties between several First Nations and the governments are emphasized. In Ontario, acknowledgements are centered on offering the “the most diverse content” and a focus on multiculturalism. In Quebec, no official practice was found. In the Atlantic, acknowledgements are not as formalized but prioritize people and territory.

“We can only speculate as to why the acknowledgments differ so greatly, but regional histories and provincial politics could be significant factors,” said co-author Rima Wilkes, a UBC sociology professor. “Acknowledgement practices are constantly evolving and we saw that in our research. Our study is part of a conversation that we need to be having more of, particularly when we are visitors to different places and we’re not familiar with the local issues or histories.”

The researchers also question whether or not acknowledgement helps promote reconciliation or merely acts as a “tokenistic practice of checking the box.”

“Acknowledgements are not necessarily a measure of institutional commitment past a certain point,” said Kesler. “It’s a starting point. How the acknowledgement is used, how it’s developed and how it reflects in more deeper terms what institutions are doing to engage with Indigenous communities is the more important question.”

The study, “Canadian University Acknowledgement of Indigenous Lands, Treaties and Peoples”, was published in February 2017 in Canadian Review of Sociology. The study is co-written by Linc Kesler and Rima Wilkes of UBC, former UBC student Aaron Duong, now a graduate student at the University of Alberta and political sociologist Howard Ramos of Dalhousie University.

The acknowledgment practices that were analyzed in the study were found between 2014 to 2016.