The pair of gifts – one from Chancellor Lindsay Gordon and his wife Elizabeth, and the other from Rudy, Patricia, Caroline and Rory North – will support the university’s Centre for Excellence in Indigenous Health, created last year to train more Aboriginal health providers, to optimize indigenous curriculum in the health sciences and to foster research into Aboriginal health issues.

“In order to extend Aboriginal life expectancy or lower Aboriginal infant mortality, UBC must work as an equal partner with those communities,” said Arvind Gupta, UBC’s president and vice chancellor. “The generous contributions of the Gordons and the Norths will support this vital work.”

Both gifts are dedicated to the centre’s goal of recruiting and retaining Aboriginal students in UBC’s health professional programs. The donors also target distinct needs. Nearly half of the Gordons’ gift will provide financial aid for Aboriginal students. The Norths are supporting a summer science program and mentoring program aimed at Aboriginal high school students, and the creation of a new certificate program for Aboriginal health.

The Norths’ interest in Aboriginal issues stems from the numerous discussions investment manager Rudy North has had with First Nations leaders, especially about environmental preservation.

“For too long, Canada’s Indigenous peoples have been dependent on outsiders for their health care,” said Patricia North. “We hope our gift will enable Aboriginal patients to receive care from those who best understand their needs – Aboriginal health professionals.”

“I have worked there for several years and witnessed the homelessness, mental health and addiction issues that affect many of its residents, a disproportionate number being Aboriginal,” she said. “This experience led us to search for ways to improve their health and well-being. We believe UBC and its partners in the Aboriginal community can bring change where it is so badly needed.” 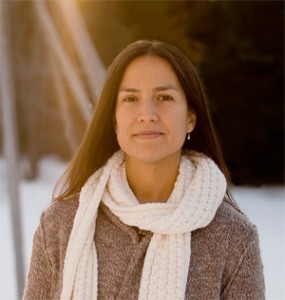 Nadine Caron, co-director of the Centre for Excellence in Indigenous Health and an assistant professor in UBC’s Northern Medical program, said these gifts will help support the Centre’s mission.

“I see a future where Aboriginal people are leaders in health care. To get there we need to ensure that they are encouraged to pursue the health sciences from an early age and are supported throughout their careers.”

A new venture: The Centre for Excellence in Indigenous Health was established by UBC in January 2014, soon after creation of the First Nations Health Authority, which took over health programs previously delivered in B.C. by the federal government. The centre has two co-directors: Nadine Caron, an assistant professor of surgery based in UBC’s Northern Medical Program in Prince George and the first Aboriginal woman to earn a medical degree from UBC; and Martin Schechter, an epidemiologist who specializes in HIV and urban health, and the former director of the School of Population and Public Health.

Making progress: Last month, five Aboriginal students earned MDs from the Faculty of Medicine, bringing to 54 the number of Aboriginal students who have graduated from UBC under its Aboriginal MD Admissions Program. The program, created in 2001, had been aiming to graduate 50 students by 2020.

Investing in the future: Rudy North is the founder of North Growth Management Ltd., an investment management firm that he ran according to the principle of “growth at a reasonable price.” He and his family have given to many environmental and educational causes, including a $1.5 million gift to the Djavad Mowafaghian Centre for Brain Health, a partnership between UBC and Vancouver Coastal Health.

Financier turned volunteer: Lindsay Gordon retired as President & CEO of HSBC Bank Canada in 2013, becoming UBC’s Chancellor in 2014. In addition to sitting on a number of corporate boards, he is co-chair of UBC’s start an evolution fundraising and alumni engagement campaign, a Governor and Co-Founder of the CH.I.L.D. Foundation (a charity focused on intestinal and liver disorders), and serves on the Presidents Group of the Ministry of Social Development and Social Innovation of British Columbia.

The original version of this news release can be found here.