June 2, 2015 – The University of British Columbia celebrated two $1 million gifts — from Lindsay and Elizabeth Gordon, and from Rudy, Patricia, Caroline and Rory North — to the Centre for Excellence in Indigenous Health, on June 1, 2015. Inspirational address At the announcement, Ellie Parton, Kwakwaka’wakw, a third-year medical student at UBC, […] 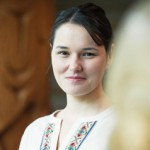 May 28, 2015 – On Saturday, May 23rd, more than fifty of more than 200 Aboriginal grads gathered in the First Nations Longhouse on the Vancouver campus for the Aboriginal Grad ceremony. The event was streamed live to more than a hundred viewers unable to attend in person. You can now watch the record of […]

May 28, 2015 – Last Saturday, the First Nations House of Learning hosted the largest Aboriginal student graduation celebration in the history of the UBC First Nations Longhouse, which opened in 1993. Fifty-one graduates participated, including honorary NITEP graduate, Musqueam Elder Larry Grant. This represented a quarter of the more than 200 Aboriginal students who […] 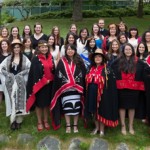 April 16, 2015 – Students at the j-school learned first-hand what it’s like to work with indigenous peoples from around the world. Michelle Aleksandrovics Lovegrove, from the Ngarrindjeri Nation in South Australia, spent 10 days at the school this past February as one of this year’s Canwest Visiting Professors. Lovegrove is a radio producer for […] 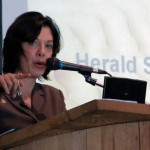 February 2, 2015 – The First Nations House of Learning’s student bursary recently received a generous donation resulting from John Ralston Saul’s appearance at the UBC Longhouse on November 6, 2014. Saul was speaking about his latest book, The Comeback. The author and the organizers of his appearance, the Laurier Institution and UBC Continuing Studies, […]

On September 18, Chief Roger William of the Xeni Gwet’in First Nation, vice-chair of the Tsilhqot’in National Government, spoke in two sessions at the UBC First Nations Longhouse. For more than twenty years, Chief William and his community pursued court actions to protect Tsilhqot’in traditional lands from development initiatives, including the New Prosperity Mine project, […] 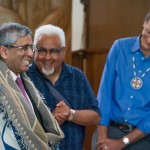 Dempsey Bob, acclaimed Tahltan-Tlingit artist, Officer of the Order of Canada, and recent UBC honorary degree recipient gave the following keynote address at the First Nations House of Learning Graduation Celebration at the Sty-Wet-Tan Hall on May 24, 2014 (read more here). * * * * First of all, I want to recognize the Musqueam […] 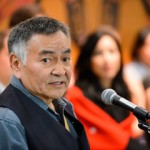 May 30, 2014 – On Saturday, May 24, 33 out of at least 139 UBC Aboriginal graduates from the 2013/14 year, including Dempsey Bob, acclaimed Tahltan-Tlingit artist, Officer of the Order of Canada, and recent UBC honorary degree recipient, walked through the graduation door at the First Nations Longhouse. This ceremonial event saw them formally […] 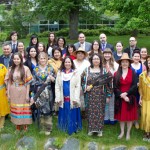 On April 19, 2013, university leaders, faculty, staff, students, and other guests came together to celebrate this history and to recognize the Directors, staff, faculty, students, community members and artists who have made lasting contributions over the past 25 years. 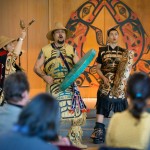