Verna Kirkness: Recalling the birth of the Ts”kel Program 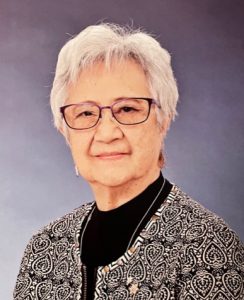 As it happened, NITEP graduate, Sharon Mack, who was teaching at the time, told me there was a need for advanced education so First Nations educators could take advantage of opportunities to become school principals.

The then Department of Educational Administration was approached and the director was in favour modifying a current program. This saw a couple of existing courses modified to be culturally responsive and taken with the remainder of the regular program, along with a new foundation course. Back then, the only programs that had a cultural component were the Native Law Program and the Native Indian Teacher Education Program (NITEP).

One of the modified courses was Administering a Band School, which was based on the existing Administering a Public School course. Curriculum preparation saw myself and two professors traveling to various Band schools to identify materials for the new course.

The other modified course was an Independent Study, which was designed as a field placement. This saw teachers who were teaching in a Band school being assigned to an urban school and vice versa, those who were in public schools were assigned to a Band school.

The modified program started modestly enough with three students: Ethel Gardner and Frances Johnson from B.C. and Shirley Myran from Manitoba. Happily, they all graduated with their Master of Education in Educational Administration, having passed with straight A’s.

The years that followed saw an ever-increasing number of First Nations students enrolled in the program, such that by the time the First Nations Longhouse was built in 1993, there were a total of 25 graduates, three of whom were doctoral students who had taken our modified courses.

The program was named Ts”kel by the first group of students, which is a Stó:lō or Hal’qemeylem name meaning Golden Eagle.

The program has been offered for many years now and for First Nations communities it represents a breakthrough in graduate studies in the field of Indigenous-centred educational training.

I am very proud of those graduates who indeed became principals and administrators, many of whom went onto PhDs. Moreover, the Faculty’s director of educational administration at the time, Dr. Lorne Downey, was so impressed with the program that he wrote a book about it, The Ts”kel Story, which can be found in Xwi7xwa Library.

Verna Kirkness is the founding director of the First Nations House of Learning at UBC, serving from 1987 to 1993. During this time, she led a successful fundraising campaign to build the First Nations Longhouse, an important gathering place for Indigenous students. The Longhouse opened in 1993.