By Office of the Provost & Vice-President Academic on July 25, 2018

The international search was originally focused on a single appointment, however on the recommendation of the President’s Advisory Committee, Professor Ono has decided to separate these two very important roles. 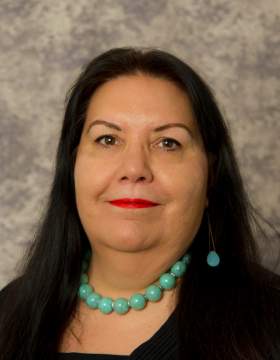 As Director of the FNHL, Dr. Moss will work closely with Faculties and support units at UBC Vancouver to advance the development and implementation of policies, academic programs, research and other initiatives that address the needs and aspirations of Indigenous learners. She will hold her faculty appointment within the School of Nursing at the Vancouver campus.

Dr. Moss is an enrolled member of the Mandan, Hidatsa, and Arikara Nation (Three Affiliated Tribes of North Dakota), and has equal lineage as Canadian Sioux via Saskatchewan. She is currently Assistant Dean of Diversity and Inclusion at the University at Buffalo, and a tenured Associate Professor in the School of Nursing. She is a 2018 Faculty Fellow for Inclusive Excellence at the university level, and co-chair of the Indigenous Inclusion Sub-Committee for Inclusive Excellence. She is the first and only American Indian to hold both nursing and juris doctorates.

As a Robert Wood Johnson Foundation Health Policy Fellow, she staffed the US Senate Special Committee on Aging and was the lead staff member on the now enacted National Alzheimer’s Project Act. Dr. Moss recently published the first nursing textbook on American Indian health which won the American Journal of Nursing 2016 Book of the Year award in two categories. Dr. Moss earned her PhD in Nursing from the University of Texas Health Science Center at Houston and her Juris Doctor degree from Hamline University School of Law in St Paul, Minnesota. She received her tenure in 2006 from the University of Minnesota.

Dr. Moss’ clinical experience included being Staff Nurse and then House Supervisor and Patient Education Specialist with the US Public Health Service (Indian Health). Her areas of research include American Indian health, aging, health policy and health disparities with a focus on social and structural determinants of health.

Dr. Moss was a 2014 Fulbright Visiting Research Chair in Aboriginal/Indigenous Life and Culture in the North American Context at McGill University, Montreal, where she analyzed Canadian Census and Health laws and the resulting deficits for indigenous health outcomes. As an Associate Professor at Yale University (2010–2015), she directed both the Masters and Doctoral programs on Leadership and Policy.

In the interim, between now and November, academic leadership in the FNHL will be provided by Dr. Eric Eich, Vice-Provost and AVP, Academic Affairs, while Debra Martel, Associate Director of the FNHL, will continue to provide operational oversight. 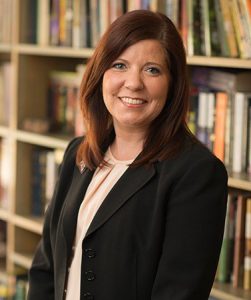 As the Senior Advisor to the President on Indigenous Affairs, Dr. Sheryl Lightfoot will provide vision, leadership and diplomacy in advancing the university’s overall strategic plan in relation to Indigenous affairs across both Vancouver and Okanagan campuses. Dr. Lightfoot is an Associate Professor in UBC’s Department of Political Science.

Dr. Lightfoot is Anishinaabe, and a member of the Lake Superior Band of Ojibwe, from the Keweenaw Bay Indian Community (Michigan area). She is an Associate Professor in the First Nations and Indigenous Studies Program (FNIS) and in the Department of Political Science.

Professor Lightfoot joined UBC in 2009 and holds a Canada Research Chair in Global Indigenous Rights and Politics. Her area of research focuses on the intersection of Indigenous studies and international relations, with special attention on Indigenous rights and their implementation. Dr. Lightfoot received her PhD in International Relations and Comparative Politics from the University of Minnesota in 2009. She has extensive community-based experience both in the United States and in Canada. She has lived both on reserve and in the urban Indigenous communities of Minneapolis and Vancouver, working in various capacities for tribes and for American Indian community-based organizations. Her scholarly work is heavily influenced by this background.

It was UBC’s 2009 Aboriginal Strategic Plan that drew her to UBC, and she has continued to help advance Indigenous initiatives at the university, including the development of the new Indigenous Strategic Plan and the university’s new strategic plan. She is currently completing a book manuscript titled The Politics of Indigenous Apologies, which explores the processes by which several states came to offer official and collective apologies to Indigenous peoples. She has also recently launched a major SSHRC-funded study, Complex Sovereignties, which examines innovative and creative Indigenous self-determination practices, in comparative perspective.

The appointments of Drs. Moss and Lightfoot come at an opportune time with UBC’s commitment to the Truth and Reconciliation Commission, and the implementation of the UN Declaration on the Rights of Indigenous Peoples. With a renewed focus on Indigenous issues and relationships provincially, nationally and globally, these two dedicated roles will help UBC forge ahead in these multi-faceted and multi-dimensional Indigenous strategic initiatives, at a key juncture in provincial, national and global politics.

The Provost would like to thank the President’s Advisory Committee, and everyone who participated in the search process for their time, energy, and guidance, and wishes to congratulate Drs. Moss and Lightfoot and welcome them to these roles.