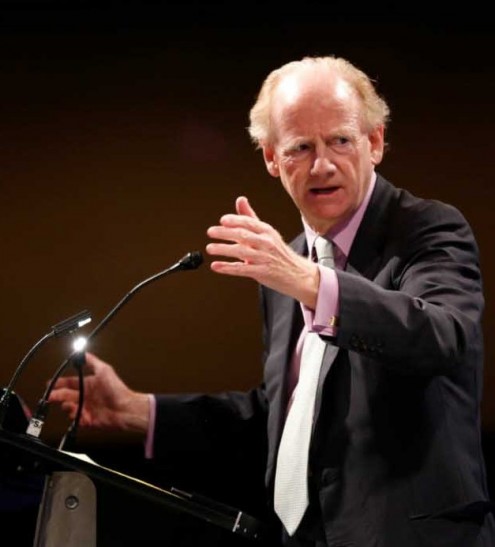 John Ralston Saul’s book tour for The Comeback included an appearance at the UBC Longhouse on November 6, 2014.

February 2, 2015 – The First Nations House of Learning’s student bursary recently received a generous donation resulting from John Ralston Saul’s appearance at the UBC Longhouse on November 6, 2014. Saul was speaking about his latest book, The Comeback.

The author and the organizers of his appearance, the Laurier Institution and UBC Continuing Studies, decided that the proceeds of the nominal registration fee for the event should go to the bursary fund.

Mr. Saul’s presentation was followed by dialogue with a panel including Doug White, Leah George-Wilson, and Shain Jackson. They spoke to a full house.

“Mr. Saul’s book is about the resurgence of Aboriginal communities and people. This donation, supporting Aboriginal students at UBC, is certainly in keeping with that theme,” said Dr. Linc Kesler, the First Nations House of Learning’s director.

For more information on awards for Aboriginal students, visit here.