A Special Ceremony, A Special Day 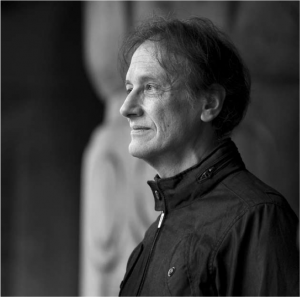 Dr. Linc Kesler, Senior Advisor to the President on Aboriginal Affairs and Director of the First Nations House of Learning. Photo by Martin Dee.

Dr. Linc Kesler came to UBC from Oregon State University in 2003 to be the founding Director and sole faculty member of the nascent First Nations Studies Program. He designed, and until recently, taught FNSP 310 and 320. He is currently the instructor of FNSP 400, the Research Practicum that simultaneously provides students with research experience and service learning opportunities with Aboriginal organizations. Under his leadership, the FNSP has grown into a rigorous and vital program that is now supported by four other faculty members. In 2007-08, the FNSP received the Alfred Scow Award in recognition of its contributions to excellence in students’ learning experiences. More recently, Dr. Kesler’s teaching, leadership, and commitment to the FNSP program, as well as his contributions to the Faculty of Arts and the wider community, were acknowledged in 2008-09 when he was presented with the Dean of Arts Award.

Speaker Hopokeltun (Shane Pointe) drew on traditional Musqueam ceremonial elements and recreated them in a unique way to honour the “Passing on Responsibility for Our House.” Elder Larry Grant welcomed Dr. Kesler to Musqueam territory, and reminded those present of the work that we must do to support him in this new role. Students, staff, alumni, and their children embraced the spirit of the Thunderbird as down was spread and thunder (drums) reverberated throughout Sty-Wet-Tan. Witnesses—including Professor Stephen Toope, Leona Sparrow, Ian Cull, and Jo-ann Archibald—spoke not only of what they witnessed at the ceremony, but also shared their commitment to support Linc Kesler and FNHL as we enter into this new period of our history.

“Family members” of the Office of the Provost and Vice-President Academic and First Nations House of Learning stood beside and supported Drs. Richard Vedan and Linc Kesler in their respective roles, and thanked the witnesses for their good words and work, and for carrying the responsibility of sharing what happened this day with others.  Family, friends, and colleagues filled the House with their goodwill and positive energy as they witnessed, feasted, and visited.  Behind the scenes, many people worked to make sure that all relevant details were taken care of.  Our warm thanks are extended to all who made this ceremony possible.