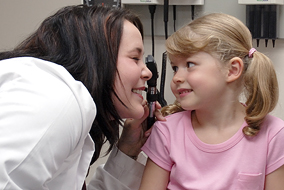 Jennifer Douse, one of this year’s Faculty Med grads, plans to practice in a small town close to home - photo by Dave Milne

In Grade One, six-year-old Jennifer Douse, decided that she wanted to be a doctor when she grew up. A Metis from Fort Nelson, Douse is today among the first medical students to graduate from UBC’s distributed medical undergraduate program.

“Being a physician has been a lifelong dream for me,” says Douse, who plans to practice in a small town close to home. “Medicine is exciting and challenging and I really enjoy the aspect of caregiving for others.”

The distributed MD program is a unique collaboration of the UBC Faculty of Medicine with the University of Northern B.C., the University of Victoria and both regional and provincial health authorities. The goal has been to create a provincial medical program where medical students are educated at sites across the province. This year’s class of 200 also is the largest class of MD’s to graduate from UBC’s Faculty of Medicine.

UBC is the first Canadian university to apply the distributed learning model to the entire four-year program. “One of the reasons I was attracted to UBC’s Faculty of Medicine is because it would allow me to do part of my training and rotations in a small town setting,” says Douse. “So far, it has been great. I love learning in a small town atmosphere.”

While Douse started her first semester of medical school at the UBC campus, the remainder of her medical education training was in rural settings. She finds learning in a rural setting quite different than in a big city. “ I have learned a practical and useful skill set,” says Douse. “Basically, you are an integral part of the community and you learn to practice without necessarily having access to diagnostic tools or specialists.”

During one of her initial rotations, Douse learned that the biggest challenge is managing patients who need critical care until they can be transferred for appropriate treatment. She believes her medical training experiences at UBC have helped prepare her for a residency placement in a small town. “In the end, it will make me a better doctor, one who is more able to deal with these circumstances,” says Douse.

Douse plans to complete her residency requirement with a focus on palliative care and maternity care. While these two areas deal with the opposite ends of life. Douse believes that they are both within the mandate of a family physician. “Birth and death are part of life,” says Douse. “I always feel privileged to be a part of a family’s journey
to welcoming life and letting go.”

Should the chance arise, she would like to collaborate with First Nations traditional healers, which according to Douse, can help bridge the gap between spiritual and holistic treatment practices and conventional medicine.

Douse also hopes to mentor other prospective medical students interested in rural family practice by being a strong education advocate in her community and encouraging other First Nations youth to apply to university. “I want them to know that if I can do it, so can they,” says Douse.